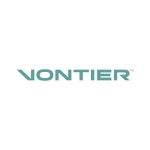 Vontier expects the net proceeds of the offering to be approximately $1.59 billion, after deducting commissions and before offering expenses payable by Vontier. Vontier intends to use the net proceeds from the offering of the Notes to repay certain of its existing indebtedness, including the repayment in full of its two-year term loan and $400 million of its three-year term loan. It expects to use the remainder of the net proceeds for working capital and other general corporate purposes, which may include capital expenditures, potential acquisitions, or strategic transactions.

Guided by the proven Vontier Business System and an unwavering commitment to continuous improvement and customer success, Vontier keeps traffic flowing through more than 90,000 intersections, serves more than 260,000 customer fueling sites, monitors more than 480,000 commercial vehicles, and equips over 600,000 auto technicians worldwide. Vontier’s history of innovation, margin profile, and cash flow characteristics are expected to support continued investment across a spectrum of compelling organic and capital deployment growth opportunities. Vontier is mobilizing the future to create a better world.

Certain statements in this press release, including, among others, the proposed terms of the Notes and the related guarantees, the size of the Notes offering, and the expected use of the proceeds from the sale of the Notes, are forward-looking statements within the meaning of the Private Securities Litigation Reform Act of 1995. Forward-looking statements are often characterized by the use of words such as “believes,” “estimates,” “expects,” “projects,” “may,” “will,” “intends,” “plans,” “should,” or “anticipates,” and similar expressions. All forward-looking statements in this press release are made based on Vontier’s current expectations, forecasts, estimates and assumptions, and involve risks, uncertainties and other factors that could cause results or events to differ materially from those expressed in the forward-looking statements. Among these factors are economic conditions and markets (including current financial conditions), exchange rate fluctuations, risks associated with decisions to expend cash reserves for various uses in accordance with Vontier’s capital allocation policy such as debt prepayment, stock repurchases or acquisitions rather than to retain such cash for future needs, risks associated with Vontier’s leverage and restrictive covenants in Vontier’s debt agreements that may be in place from time to time, and risks involving governmental regulation. Additional factors that could cause results to differ materially from those projected in the forward-looking statements are contained in Vontier’s Annual Report on Form 10-K for the year ended December 31, 2020 and other of Vontier’s filings with the SEC. Vontier assumes no obligation to update such information, except as may be required by law.