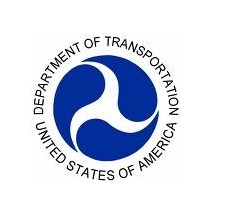 On Aug. 22, 2016, an Industrial Transit truck traveling in Maverick County, Texas was transporting airbag components from the Japanese company Takata. The truck approached a curb at an unsafe speed and traveled off the roadway, striking a culvert and rolling over.

The truck caught fire and the Takata airbag components in the truck exploded, destroying a nearby home and garage and damaging multiple houses in the area. The occupant of the leveled house was killed in the blast. The Industrial Transit truck’s team drivers and a couple in a nearby car were injured.

According to a report by The York Times, the truck was carrying ammonium nitrate, a propellant used to trigger airbag deployment and a very combustible material that’s often used in explosives.

An FMCSA investigation determined the company to be in violation of multiple federal safety statutes and regulations and found an egregious lack of standards and oversight of its drivers and vehicle maintenance.

The company completely failed to comply with any driver qualification requirements, including ensuring that its drivers were properly licensed and physically qualified to operate a commercial vehicle. Within the last two and a half months, the company allowed two drivers to operate a vehicle without having a valid CDL.

Industrial Transit also lacked a sufficient drug and alcohol testing program for drivers with FMCSA investigators finding that the company allowed a driver to operate a vehicle containing explosive material despite refusing to submit to random drug testing.

Takata Corporation has been hit hard in recent years for its own airbag safety scandals. While faulty airbags were not indicated as …Read the rest of this story