The president of USA Truck's trucking operations has resigned, effective March 13, in the latest in a string of leadership changes at the Van Buren, Arkansas-based company.

In an SEC filing March 13, USA Truck announced that N. Martin Tewari resigned as President - Trucking of the company. No other details were offered other than the fact that a search for his replacement has begun.

Tewari was named to the newly created position of President - Trucking in September 2015. He joined USA Truck from Con-way Truckload.

USA Truck reported a fourth-quarter loss of $3.8 million, or 48 cents per share, compared to net income a year earlier of $3.9 million, or 39 cents per share. This happened as revenue slipped to $103.1 million from $118 million. And its trucking operation reported an operating loss of $6.2 million in the fourth quarter of 2016 versus an operating profit of $4.5 million a year earlier.

“Our consolidated financial performance was unacceptable,” said James Reed, president and CEO, in reporting the company's fourth-quarter and year-end 2016 results.

There have been a number of leadership changes at USA Truck in recent years. Reed was named president and CEO in late January of this year, succeeding Randy Rogers. USA Truck has had three different presidents and CEOs in the past three years, after John Simone stepped down from the position in 2015 to receive cancer treatment. He died in March 2016 and Thomas Glaser was named to replace him in July 2015. Rogers succeeded Glaser in January of last year. U.S. Xpress named Eric Fuller to the role of CEO and Lisa Quinn Pate as the new president and chief administrative officer for the truckload carrier, effective immediately.

The company's board of directors has also announced that co-founder and 2006 HDT Fleet Innovator Max Fuller will take on the role of executive chairman for U.S. Xpress.

"Eric and Lisa's new management roles represent one of many building blocks in our ongoing preparation for years of future success based on data-driven strategies," said Max Fuller. "Our industry will continue to get more competitive, and the companies with the best leaders, people, processes, and equipment will come out on top. I'm confident that Eric and Lisa are the right people to take U.S. Xpress to the next level."

Eric Fuller has worked for U.S. Xpress for nearly 20 years in various management roles across the company, including regional operations manager and senior vice president of operations. For the past five years, he has served as president and chief operating officer, where he was responsible for operations including OTR, dedicated services, customer service, and planning.

Pate has worked for U.S. Xpress since 2002, using her legal and administrative background to work in leading critical functions across the company, including information technology, human resources, and safety. Prior to being named president, Pate served as general counsel and the chief administrative officer for U.S. Xpress.

Max Fuller will remain a full-time executive officer in his new role as executive chairman for U.S. Xpress. His primary focus will be on long-term strategy, industry innovation, talent development, and equipment.

"Lisa and I, and the company as a whole, have been fortunate to have Max's leadership and mentorship throughout the years, and we anticipate having him working directly with us every day for years to come,” said ...Read the rest of this story OrangeHub Powered by Schneider was created to help shippers quote, select, and send LTL freight out the door with expedience. From start to finish, LTL shippers will have full control of the process and the ability to access it at any time from mobile, tablet or desktop computers.

Quote it: Answer a few questions about the freight and OrangeHub will show rates from a variety of carriers. If a shipper is unsure about weights and classifications, engineers are available to make sure everything is accurate. Past orders will be saved to speed the process in the future.Book it: Select the carrier and price that works best for the business.Track it: Follow the freight with comprehensive visibility, including estimated delivery times, direct access to the LTL terminals handling the freight, and access to past data and history.

New and current LTL customers can access OrangeHub by registering and logging into their account on Schneider.com.

“OrangeHub Powered by Schneider offers a seamless, easy, and fast user experience to give shippers more time to focus on the important stuff – their business,” said Erin Van Zeeland, Schneider's senior vice president and general manager of logistics services. “With every step there's complete transparency, providing shippers with peace of mind and real-time analytics that can be used to identify future efficiencies in their supply chain.” CHATTANOOGA, TN – Today, U.S. Xpress' board of directors announced Eric Fuller has been appointed to the role of Chief Executive Officer (CEO), and named Lisa Quinn Pate as the company's new president and chief administrative officer. ...Read the rest of this story
Trucking News 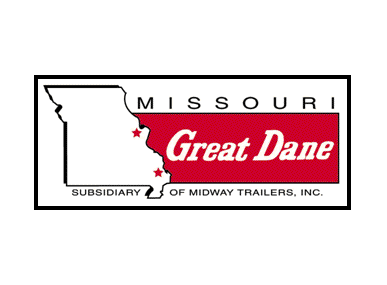 Missouri Great Dane is the latest company to join the Vipar Heavy Duty network of distributors as a stockholder, the group announced.

Missouri Great Dane serves a customer base of fleets, independent service facilities, municipalities, owner-operators, and farmers in the greater St. Louis area. The company operates out of Benton, Missouri, and from the St. Louis branch that opened in 1993.

“The addition of Missouri Great Dane to our network of distributors provides added distribution and a strategic partner to enhance our footprint in this key market,” said Jim Pennig, vice president of business development, Vipar Heavy Duty. “The company's management team is committed to growing their business and supplying customers with high-quality products with outstanding service.” WINDSOR, ON – Proponent teams part of the P3 procurement process for the Gordie Howe International Bridge connecting Windsor and Detroit, are producing their community benefit proposals and are looking to meet with community groups and non-profits operating in the Windsor-Essex or the Greater Detroit Area. ...Read the rest of this story
Trucking News