The No. 28 Cummins Diesel Special

The No. 28 Cummins Diesel Special

In 1952, the No. 28 Cummins Diesel Special cemented a special legacy at the Indianapolis 500 and also, in many ways, helped reshape the future of the trucking industry. That year, this unique diesel-powered race car captured the pole position - the only diesel-powered racing machine ever to do so - with a one-lap time of 139.104 mph and four-lap time of 138.010 mph. It also helped Cummins validate the use of turbocharging and fuel injection within its diesel engine design. 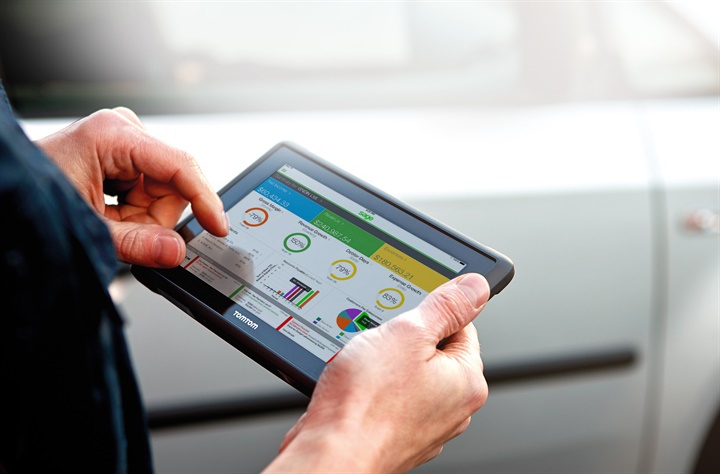 TomTom Telematics has announced a collaboration with Sage, a cloud accounting software company, to deliver real-time accounting for fleets.

By combining TomTom Webfleet and Sage Live, the partnership will allow users to automatically view fleet data from connected vehicles, including trucks and light vehicles for accounting purposes.

“By partnering with Sage, we are helping to create a more modern and responsive accounting environment, one that capitalizes on cloud technology and the connected car to drive cost savings for our customers,” said Thomas Schmidt, managing director at TomTom Telematics. “The new software integration will offer a vital service for companies that don't necessarily need to track and trace their sales or engineering teams on a map, but are interested in getting other core vehicle data into their financial systems.”

The software integration will be available in the U.S. and United Kingdom first with regionalized version later being released for other European nations.

Are millennials increasing risk for your business?

Much is said of trucking's workforce struggles not only in hiring and holding onto good workers but bringing on young ones. Even as you're trying to attract Millennials and younger professionals, could these workers be increasing security risks for your business?

LANSING, MI — Michigan lawmakers have approved a one-year roadside drug testing pilot program that will use saliva tests to determine if there are drugs in a driver's system.
Trucking News
26 Jul by Vitaliy Dadalyan Tags: American Freight Trucking

The parent company of truck manufacturers Kenworth and Peterbilt on Tuesday reported an increase in second quarter earnings despite lower revenue.

Truck sales and revenue for the company fell to $3.3 billion in the most recent quarter from nearly $4 billion a year earlier. Its parts segment revenue dropped to $756.4 million from $776.5 million. In contrast, financial services revenue inched higher to $297.4 million from $293 million.

According to the company, Peterbilt and Kenworth are benefiting from the third best U.S. and Canada Class 8 truck market in the last 10 years, and have achieved 27% market share year-to-date this year.

In Europe, where Paccar sells its DAF brand trucks, it's projecting industry sales in the above-16-tonne truck market to be 280,000-300,000 vehicles this year and describes the market as the strongest there since 2008.

European truck deliveries for Paccar increased to 13,100 from 11,200 a year earlier.