The flooding in Lousiana has affected some Love's locations and directly impacted 5 of its employees. Photo: Love's Travel Stop

The flooding in Lousiana has affected some Love's locations and directly impacted 5 of its employees. Photo: Love's Travel Stop

Loves Travel Stops has donated $25,000 to the Salvation Army to help with relief efforts in Louisiana after severe flooding devastated the region.

The truck stop chain has been impacted directly by the flooding, including five of its employees from the Port Allen location losing everything. The slow-moving storm system killed at least 13 people so far and displaced thousands of others from their homes.

Port Allen is 7 miles west of Baton Rouge, which received as much as 2 feet of rain over the course of three days. The storm shut down major interstates running through the region and forced Love's 523 in Duson to close overnight.

According to Love's blog, two employees lost their homes, one lost a vehicle, and two more have been displaced and aren't allowed to return home yet. Love's has an assistance program in place to help employees most directly affected by the flooding.

Love's employees are also acting as guides to travelers coming through the region, helping both professional and non-professional drivers navigate around the high waters as well as provide hot food and clean showers.

"We give them directions, help them with maps, show them alternative routes they can take," said Jacob Kibodeaux, operations manager of Love's 243 in Lake Charles. "We want to go above and beyond to take care of our customers."

If Your Freight is Food

The warranty is available on DuraStar models powered by the Cummins ISB, configured with an Eaton Procision transmission and Dana Spicer axles and driveshafts. The program is aimed at businesses in the pick-up and delivery segments.

The 4-year/unlimited miles and hours integrated powertrain warranty on the DuraStar features the most efficient engine ratings offered in the Cummins ISB6.7 diesel-powered engine. The addition of the Eaton Procision transmission is designed for increased safety and fuel-efficient operation, according to International.

To qualify for the DuraStar Integrated Powertrain Warranty Package, customers must order or purchase a DuraStar from an International dealer between Aug. 22, 2016 and Dec. 31, 2016. Eligible truck applications include dry van, refrigerated van, roll back recovery, attic van, beverage (not tractor), expedited freight or stake flat with a max GVWR of 33,000 lbs.

Mack recently announced a 75,000-square-foot expansion to the Lehigh Valley facility, into which the company is investing around $70 million. The improvements were designed to improve manufacturing processes and modernize the facility.

Canada is Scrambling to Develop an ELD Standard 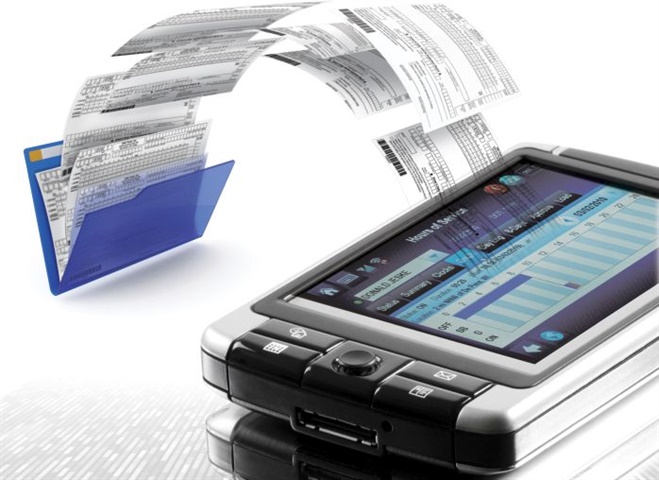 Despite an early start on developing an Electronic Logging Device standard, Canadian regulators are now scrambling to get something in place by the time the U.S. rule takes effect in December 2017.

The devices have been on Canada's regulatory radar since late 2007, and work began in earnest on a technical performance-based standard for e-logging devices in 2010 to prepare for an anticipated Canadian mandate.

The first draft was completed in 2013 and intended to roughly align with the first ELD final rule published by the U.S. Federal Motor Carrier Safety Administration (FMCSA) in 2010. That rule was vacated by the courts in August 2011 on grounds that it did not do enough to prevent driver coercion by carriers. It was back to the drawing board, and Canada decided to wait.

"We knew the U.S. was struggling to punch out its final rule, so we felt is best to wait and see what the U.S. final rule looked like before moving forward with our standard," says Reg Wightman, chairman of the Canadian Council of Motor Transport Administrators' Compliance and Regulatory Affairs Committee and a member of the ELD Working Group that developed Canada's first draft standard. "The working group believes that was a justifiable position."

Canadian regulators got their first look at the U.S. final rule at the same time everyone else did -- when it was published in December 2015.

"We were a little frustrated that the U.S. did not involve Canada in the consultative process," Wightman says. "I don't know why it had to be that way. We would have preferred to have been consulted rather than have the U.S. rule just land on our desk. And I think most of [the Compliance and Regulatory Affairs committee] felt that frustration. Having said that, FMCSA is now bending over backward to help us resolve ...Read the rest of this story 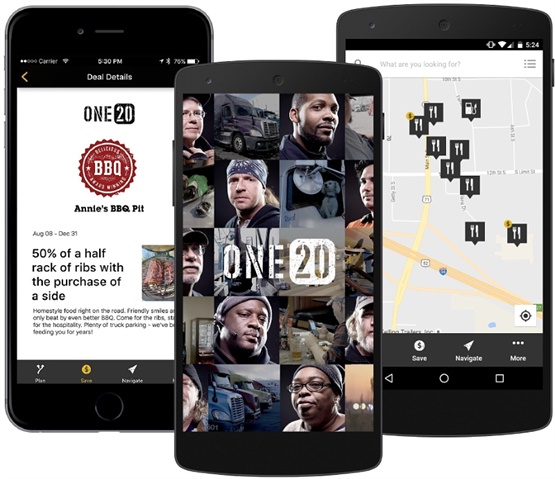 One20 is a new membership-based service that aims to help improve truck drivers' lives on the road with the help of an app that delivers everything from product discounts and point-of-interest information to health coaching and electronic logs — for free.

"What's your 20?" is common trucker lingo for identifying location, and the name One20 is a take-off on that, because everything in the membership program is location-based, whether it's rating a shower at a truckstop, finding a parking space, or planning a route.

Although One20 is accessed via a free app that works on Apple iOS or Android devices, “We're not an app company,” stresses Christian Schenk, founder, president and CEO of One20. “Our value expands far beyond technology. The technology is just a catalyst to get to the value we provide.

"Until now, technology has been part of the problem, not the solution, because mobile devices and apps have all been developed with the fleet or general consumer, rather than the driver, in mind,” he explained.

The mobile app includes truck-safe turn-by-turn navigation and exclusive discounts from One20 partners. Membership benefits include:

Off-duty tools, such as trip planning, truck parking locator and point-of-interest ratings, details and dealsOn-duty tools, such as truck-safe navigation that includes traffic, weather, ETAs and multi-stop route planning toolsTrucking-specific intelligence on available parking and points of interestMember discounts on things truckers buy frequently, such as food, showers, lodging and trucking services, from a growing list of more than 1,500 retailers and service providersRoute-specific member deals on goods and servicesExclusive driver-centric content, including One20 Strong, an initiative focused on creating health and fitness programs just for truckersThe One20 Foundation, a recognized non-profit charity with the sole purpose of providing support to truckers when it's needed mostTruckThat.com, a place where drivers can connect and sound off about life on the road, reaching ...Read the rest of this story
Trucking News
26 Aug by Vitaliy Dadalyan Tags: American Freight Trucking