The U.S. Department of Transportation's Federal Motor Carrier Safety Administration (FMCSA) has ordered LaGrange, GA-based trucking company Industrial Transit to immediately cease all intrastate and interstate operations after a federal investigation found the company to pose an imminent hazard to public safety. The carrier was served the federal order on Oct. 4, 2016.

How Did CNI’s Intermodal Traffic Compare to the Industry’s?

The need to provide more customer “convenience” will be the driving force behind new uses of data in logistics.

Just a couple of years back the logistics industry was “purely driven by cost” in the words of Michael Lierow, a partner in the transportation practice within global consulting firm Oliver Wyman.

“Basically that was the only game that mattered,” he explained during a recent conference call hosted by Stifel Capital Markets. 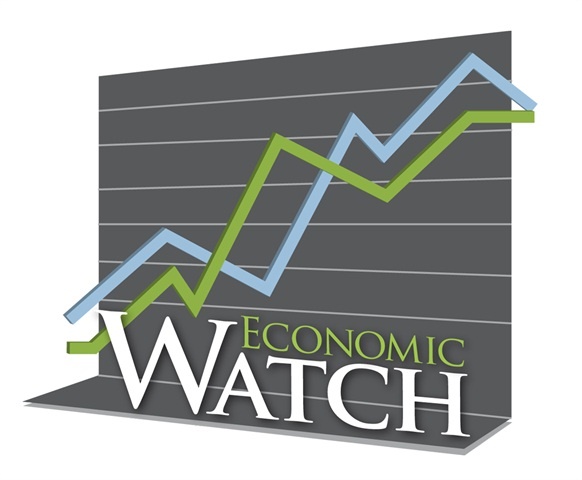 Trucking employment in the U.S. slipped in September despite overall non-farm job growth moving higher for the 72nd straight month, according to a new Labor Department report. But other reports indicate manufacturing in the country is regaining some steam, fueling speculation over an interest rate hike.

For-hire trucking lost 3,600 jobs following an upwardly revised gain of 4,000 in August, while the wider transportation and warehousing sector saw a loss of 9,000 jobs last month. This follows job losses in March through June.

Overall, the economy added 156,000 jobs in September, fewer than many analysts were expecting and the smallest number since May. The six-month average slowed from 174,000 to 169,000, the weakest since November 2012.

Despite the September increase, the nation's unemployment rate moved higher by a tenth of a point from August to 5% in September as the overall pool of available workers increased.

As labor markets move closer to full employment, the availability of workers will increasingly limit the monthly increase in hiring, according to Paul Ferley, assistant chief economist at the Royal Bank of Canada Economics.

“The rise in the unemployment rate might argue against this tightening – though, given that it resulted from a surge in the labor force, it suggests increasing optimism among those currently unemployed to find work," he said. “The steady rise in wage growth also points to strengthening labor markets.”

Others have a slightly different perspective, noting continued improvement in the labor market was at the forefront of the Fed's latest ...Read the rest of this story

The R.I. Dept. of Transportation said on Oct. 5 that it has executed 13 Memoranda of Understanding with the Federal Highway Administration. “These MOUs make clear that the federal government agrees with Rhode Island's program to implement bridge tolls on large commercial vehicles” at the specified locations.

ATA said on Oct. 7 that it has asked Rhode Island to provide information about “outreach the state has done to communities that are likely to be affected by an increase in truck traffic as a result of the state's extortionary” truck-only toll plan.

“According to one such ‘information packet' obtained by the American Trucking Associations, [the Rhode Island Department of Transportation] intends to prevent diversion of tractor-semitrailers to potential alternative routes through signage limiting truck access to ‘local services,' along with a variety of state and local enforcement methods,” ATA said in a letter to R.I. DOT dated September 29.

ATA said it has “serious concerns as to how the contemplated restrictions can be reasonably enforced without imposing an unreasonable burden on motor carriers and their customers, truck drivers, other motorists and the citizens of Rhode Island.”

Along with its federation partner the Rhode Island Trucking Association, ATA has loudly opposed the toll scheme since it was first proposed by Gov. Gina Raimando (D) in 2015.

“We have said from the beginning that the governor and politicians in Providence are attempting to extort revenue from our industry– using the trucks that deliver their state's goods as a piggybank to avoid making the tough choices that are necessary to ...Read the rest of this story

The construction market remains volatile, notes Ralph LoPriore, director of fleet assets and processes for Stoneway Concrete and its parent company, Gary Merlino Construction. “Wages are stagnant, and the cost of living is up,” he says. “Also, there isn't a large backlog of jobs, and some projects are delayed waiting for permits and environmental concerns to be addressed.”

Fleets Online: Out of the Woods

Operation: Forest management company is co-owned by NorSask Forest Products and Meadow Lake Mechanical Pulp. With a fleet of 189 trucks, the company manages woodlands and hauls raw materials to its parent companies' mills for processing.