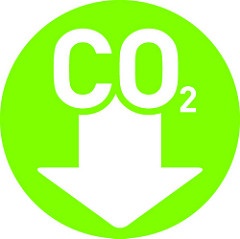 Major North American truck OEMs are poised to unleash a whole new slate of diesel engines designed to meet Phase 1 of the federal greenhouse gas emissions regulations, which go into effect in January. But on Tuesday, the industry found out what Phase 2 will involve.

The White House, in conjunction with the U.S. Environmental Agency and the U.S. Department of Transportation's National Highway Traffic Safety Administration, announced Phase 2 greenhouse gas emissions regulations, which will finalize emission and fuel economy standards for medium- and heavy-duty vehicles.

The new measures were drafted in response to President Obama's directive to the agencies in early 2014 to codify new standards that will shape medium- and heavy-duty powertrain design and emission performance through the next decade.

The EPA also announced it will work with the California Air Resources Board to evaluate future emissions standards with an eye toward further reducing NOx emissions from diesel exhaust.

The final vehicle and engine performance standards were developed with input from the automotive and trucking industries, environmental groups, labor unions and other concerned parties. They will cover semi-trucks, large pickups and vans and all types of buses and work trucks in model years from 2021-2027.

According to government officials, the new standards will result in significant GHG emissions reductions and fuel efficiency improvements across all of these vehicle types. When the standards are fully phased in, tractors in a tractor-trailer combination are expected to achieve up to 25% lower carbon dioxide emissions and fuel consumption than an equivalent tractor in 2018.

Phase II of the new GHG rules is designed to promote a new generation of cleaner, more fuel-efficient trucks by encouraging the wider application of currently available technologies and the development of new and advanced cost-effective technologies through model year 2027.

The final standards are expected to lower CO2 emissions by approximately 1.1 billion metric tons, save vehicle owners fuel costs of about $170 billion, and reduce oil consumption by up to 2 billion barrels over the lifetime of the vehicles sold under the program. Overall, according to EPA and NHTSA, the program will provide $230 billion in net benefits to society including benefits to our climate and the public health of Americans.

Key points in Phase 2 GHG rules include:
• 10% more GHG and fuel consumption reductions;
• More robust compliance provisions, including improved test procedures, enhanced enforcement audits, and protection against defeat devices;
• More stringent diesel engine standards
• An improved vocational vehicle program with a regulatory structure better tailored to match the right technology for the job;
• Maintaining the structure and incremental phase-in of the proposed standards, allowing manufacturers to choose their own technology mix and giving them the lead time needed to ensure those technologies are reliable and durable.

And, for the first time, EPA and NHTSA announced they are also finalizing fuel efficiency and GHG standards for trailers. These new standards will have staggered effective dates, with EPA regulations taking effect in the 2018 model year, and NHTSA standards becoming law in 2021.

OEMs can apply for, and receive, credits for early and voluntary participation with the new standards, which will promote cost-effective fuel economy technologies for trailers – including aerodynamic devices, lightweight construction and self-inflating tires. According to EPA and NHTSA, these measures can significantly reduce total fuel consumption by tractor-trailers, while paying back the owners in less than two years due to the fuel saved.

Recognizing that many trailer manufacturers are small businesses, the program includes provisions such as a one-year delay in initial standards for small businesses and simplified certification requirements.

Reaction from the trucking industry in the wake of the announcement was reserved, but cautiously optimistic that the new standards would be achievable without significant technological additions to new trucks and tractors.

Nic Lutsey, program director with the International Council for Clean Transportation, said the Phase 2 standards will require up to a 30% reduction in fuel use per mile for tractor-trailers, compared to 2017 levels. He noted that the regulations will drive fuel-saving technologies into the market that ICCT research has shown can increase typical highway fuel economy from 6 to 7 mpg today up to above 8 mpg and deliver payback periods within two years.

The rule requires a 16 to 19% efficiency improvement for vocational vehicles and 16% for heavy-duty pickup trucks and vans.

“With an estimated payback period of within two years for tractor-trailers, these standards hit the mark,” Lutsey said. “There are a lot of available and ready-to-be-deployed technologies, and this regulation ensures that the most cost-effective of those technologies see more widespread use.”

Daimler Trucks North America President and CEO Martin Daum said his company is pleased that the EPA and NHTSA chose a non-disruptive implementation of the standard, allowing the industry over a decade to phase in technical changes. According to Daum, this approach ensures that no unrealistic cost of acquisition pressure will be placed on Daimler customers and will help avoid unnecessary burden on the cost of transportation, which is essential for the prosperity and competitiveness of the economy.

“The United States is facing significant challenges regarding GHG reduction as well as its continued dependence on foreign oil," Daum said in a statement. "DTNA will continue to work closely with the EPA, NHTSA, and our partners to develop new solutions that will have a positive environmental impact and fuel efficiency gains for our customers that are harmonious with the Phase Two standards.

“DTNA supports regulations which reduce GHG emissions as well as diesel consumption. As we have stated through the collaborative debate on the Phase Two rule, the final rule needed to provide clear, long-term targets for the entire vehicle, not just the engine. It also needed to provide enough time and flexibility for the OEMs and customers to decide themselves how to achieve the reductions in a way that is economically feasible."

Srikanth Padmanabhan, president of Cummins Engine Business, said Cummins is already “well-positioned” to develop products that comply with this new rule while meeting customer needs. “We are pleased that the rule builds on the Phase 1 regulatory framework that recognizes the diversity and complexity of the commercial vehicle sector," he said.

He also urged the EPA and CARB to work collaboratively toward the the goal of maintaining a national, heavy‐duty NOx and GHG program, adding, “Cummins is committed to working with both agencies to determine the best path for achieving real‐world reductions.”

EPA also released a letter from Mike Britt, director of advanced engineering for United Parcel Service to Chris Grundler, director of EPA's Office of Transportation and Quality, in support of the new regulations. In the letter, Britt said UPS “applauds” the two agencies for doing a thorough, professional, and comprehensive assessment of the current state and potential of future technology.

“We need and can achieve much higher efficiency in our trucks,” Britt writes. “The fuel economy targets established by the agencies are both forward-looking and feasible. We believe the long lead times should allow the truck manufacturers and suppliers ample time to plan for and prepare for the implementation of the necessary technologies.”

American Trucking Associations President Chris Spear said in a statement that ATA has been evaluating GHG proposals from EPA and NHTSA since the second round of standards were announced in 2015 to determine their potential impacts on the trucking industry and has been in constant dialogue with fleets, suppliers, and manufacturers to make sure that Phase 2 could be effectively implemented.

"ATA developed and adopted a set of 15 guiding principles to serve as our major parameters for inclusion in the final rule," said ATA Vice President and Energy and Environmental Counsel Glen Kedzie. "We are pleased that our concerns such as adequate lead-time for technology development, national harmonization of standards, and flexibility for manufacturers have been heard and included in the final rule.

"While efficiency milestones for vehicles, engines and trailers have all been slightly increased over the agencies' initial proposal, we are encouraged that they addressed several important issues in the final rule including undertaking annual rule assessments, not accelerating compliance timelines from those originally proposed and refining emissions modeling based on industry data," he said.

"However, while the potential for real cost savings and environmental benefits under this rule are there, fleets will ultimately determine the success or failure of this rule based on their comfort level purchasing these new technologies."

ATA's Spear said the associaiton will "continue to work with its members and the agencies to ensure that the objectives of this regulation are achieved. For that to happen, however, the process adopted by EPA and NHTSA must remain transparent, accommodating and sensitive to the concerns of manufacturers and fleets, as they are the ones who ultimately must bear the burden of complying with these new requirements."

MISSISSAUGA, Ont. — TIP Trailer Services announced today that it has finalized the purchase of Train Trailer, a Canadian-based trailer rental and leasing and storage company. Train trailer was founded in 1971. “It will be business as usual for our…
Trucking News
16 Aug by Tags: American Freight Trucking

[GlobeNewswire] - MONDOVI, Wis., Aug. 16, 2016-- Marten Transport, Ltd. announced today that its Board of Directors has declared a regular quarterly cash dividend of two and one half cents per share of common stock. The ...
Trucking News
16 Aug by Tags: American Freight Trucking

Kenworth/Paccar welcomes Dozier back to US soil

Officials said the new rules for heavy trucks issued by the Obama administration would cut 1.1 billion tons of carbon emission, representing a benchmark for reducing pollutants linked to climate change.